Nearly every sentient being has a psychic resonance with the warp – a terrifying realm where emotion takes form. Chaos Daemons are literally the nightmares of Humanity given flesh, immortal servants of the Chaos Gods imbued with all manner of fell power. Each Daemon is savagely strong, cunning, and often blessed with bizarre abilities that reflect their patron – from the head-claiming, horned legions of Khorne to the shimmering, magic-mastering hosts of Tzeentch.

Chaos Daemons are unlike any other army – instead of war machines or ranks of infantry, you’ll be fielding an army of eldritch nightmares and monsters. Focus your play style on your favourite Chaos God with an indomitable procession of Plaguebearers or a swift Slaaneshi strike force, or master the strengths of all four in a single, varied collection! Chaos Daemons are a savage close-combat army, using psychic powers and warpflame-spewing monstrosities to weaken the foe before tearing them apart with claw, blade and fang, capable of appearing almost anywhere they wish! 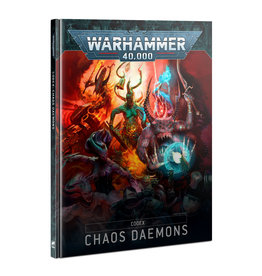 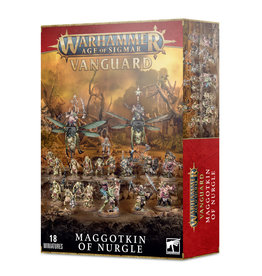 A key selection of Maggotkin units
Start your army or expand an existing one while saving money
18 multipart plastic miniatures
Add to cart
VANGUARD: MAGGOTKIN OF NURGLE
$110.50 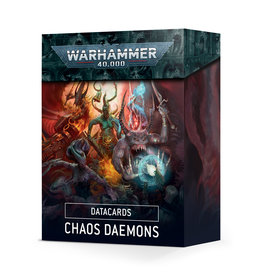 A bloody host of Khornate Chaos Daemons ideal for starting or expanding an army
A Combat Patrol-sized force in a box, designed to save you money
Contains 34 multipart plastic miniatures
Add to cart
COMBAT PATROL CHAOS DAEMONS
$127.50 Slaughter enemy characters.
Push your Bloodletters to fight even harder.
Use in both Warhammer 40,000 and Warhammer Age of Sigmar.
KHORNE SKULLTAKER
$32.30 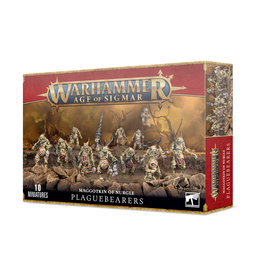 This kit comes with which to make 10 Plaguebearers of Nurgle. The kit contains enough components to assemble a command group, including a Herald of Nurgle, a musician and a standard bearer.
Add to cart
NURGLE PLAGUEBEARERS
$32.30 Slay slower foes with ease
Customise your model with a choice of masks
Use in both Warhammer 40,000 and Warhammer Age of Sigmar
Add to cart
Slaanesh The Masque
$29.75 Counter the abilities of sorcerers and psykers.
Strike at speed with some of Khorne's fastest servants.
Khorne Flesh Hounds
$46.75 Lead your Bloodletters to victory.
Conquer the Mortal Realms AND the 41st Millennium.
Add to cart
Bloodmaster, Herald of Khorne
$27.20 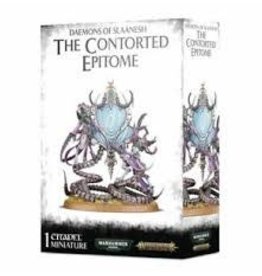 Make casting Slaanesh's spells easy
Hypnotise your enemies
Can be used in Warhammer 40,000 and Warhammer Age of Sigmar
Add to cart
Slaanesh The Contorted Epitome
$46.75 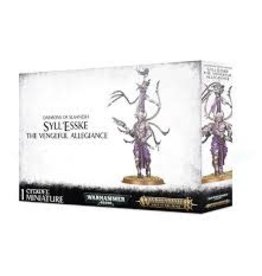 Slaughter foes in close combat with a tag-team of Daemon Prince and Herald
Command your Slaanesh and Daemons armies to greater heights of carnage
Use in both Warhammer 40,000 and Warhammer Age of Sigmar
Add to cart
SLAANESH Syll'esske The Vengeful Allegiance
$46.75 This multi-part plastic kit contains the parts necessary to assemble a Changeling.
Add to cart
Tzeentch The Changeling
$29.75 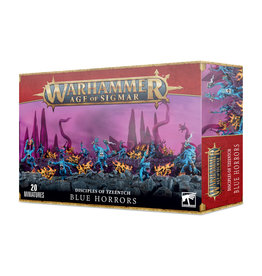 This multi-part plastic kit gives you everything you need in order to build Skarbrand.
KHORNE SKARBRAND
$127.50 This kit can alternatively be used to assemble Kairos Fateweaver or a Lord of Change.
Add to cart
TZEENTCH LORD OF CHANGE
$127.50 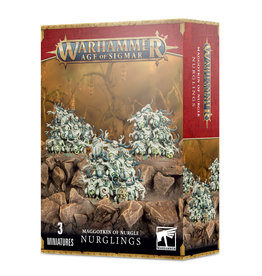 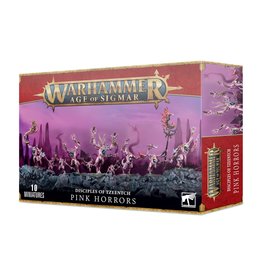 This plastic box set contains 10 complete miniatures. These finely detailed plastic kits contain a host of extra parts and accessories, enabling you to assemble your Bloodletters in a large variety of ways. Includes ten Citadel 32mm Round bases.
Add to cart
KHORNE BLOODLETTERS
$32.30
Page 1 of 2