The Grey Knights are the Emperor’s Daemon hunters. They are a highly specialised Space Marine Chapter whose existence is known only to a privileged few, and whose deployment is the ultimate sanction against the powers of the warp. Based on the moon of Titan, shielded from detection by vast and sorcerous wards, they have their own fortress-monastery whose defences are all but impenetrable, and whose deep catacombs contain labyrinths of dark secrets and forbidden lore.

Silver-clad psychic templars, the Grey Knight are selfless warriors who risk all to hold back the threat of Humanity’s eternal damnation. Just as the battle-brothers of the Grey Knights are a superlative evolution of all that it means to be a Space Marine, so too does their Chapter Armoury contain some of the greatest war machines in the Imperium. While they excel in combat against the creatures of the warp, they will fight any enemy that threatens Humanity, even those from within the Imperium itself. Unleashing their psychic might, nothing can stand in their way. 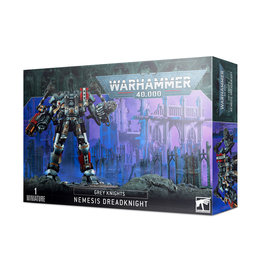 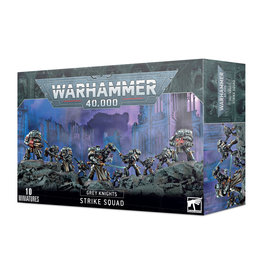