10,000 years ago the Custodians were created by the Emperor as his companions and sworn bodyguards. While they were created to defend the Throne World, the Adeptus Custodes have recognised that the most effective way to safeguard Terra is to take a proactive hand in the ongoing battle against Mankind’s innumerable foes. Guided by psychic divination and the intelligence gathered by shadowy agents, they strike down demagogues and warlords who might otherwise raise invasion forces against the heart of the Imperium.

The Adeptus Custodes never exceed ten thousand warriors at any given time. Fortunately, a single Custodian Guard is the equal of entire regiments of any other soldier, meaning that you’ll triumph despite being constantly outnumbered in battle. Equipped with the finest wargear that the Imperium can provide, your forces will be able to wade into the enemy. As bolts thunder from the guns of their guardian spears, swords and axes, their gilded storm shields deflect shots and blades as they fight and slay the enemies of the Emperor. 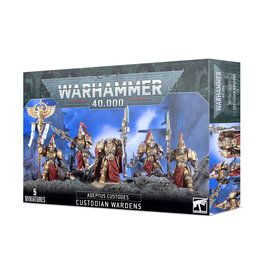 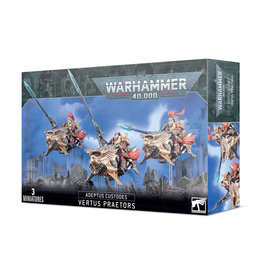 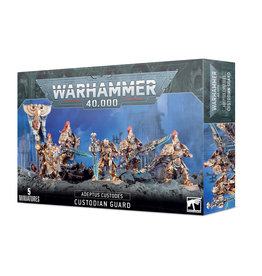