Orks are hulking creatures quite literally born to fight, a deadly alien race that loves nothing more than a good scrap. Led into battle by hulking Warbosses, Ork hordes known as Waaaghs! leave utter ruin in their wake, as roiling, seemingly endless hordes of Boyz cause merry havoc with scavenged weapons and wargear. To the Orks, might makes right – and few are as mighty as they.

Ork armies are as diverse, punchy, and bonkers as Orks themselves! From the nigh-legendary “green tide” of choppy Boyz, to rumbling armoured columns, to Dread Mobs of clanking walkers, Ork armies are generally characterised by devastating (and inaccurate) firepower and bruising melee skills. Orks are wildly unpredictable to both you and your foe, ensuring no two games are the same and offering all sorts of hilarious moments, while for painters and collectors, the range is a playground for vivid paint jobs and crazy conversions. 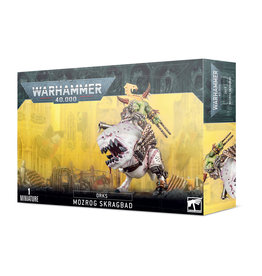 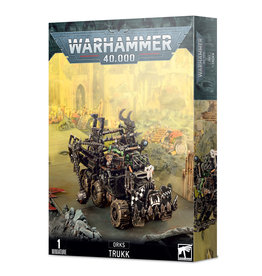 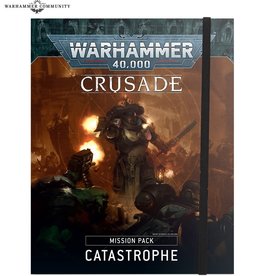 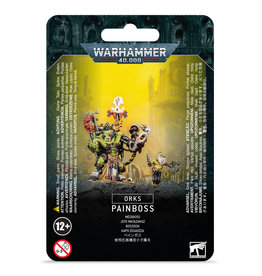 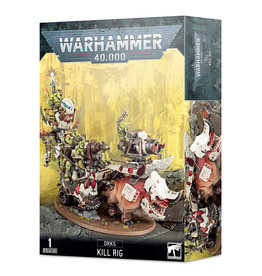 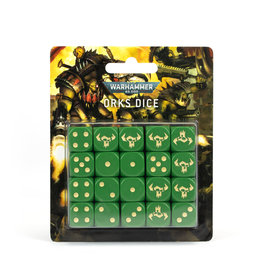 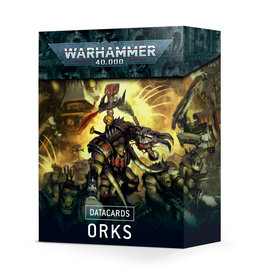 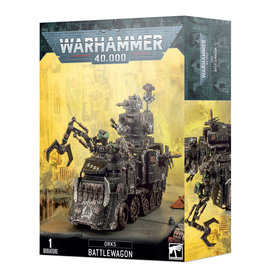 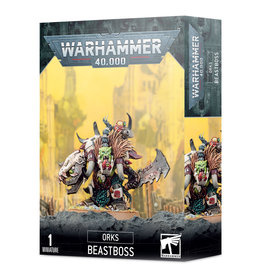 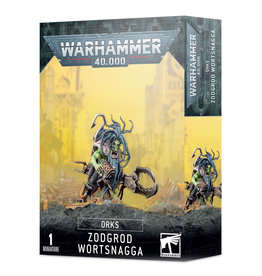 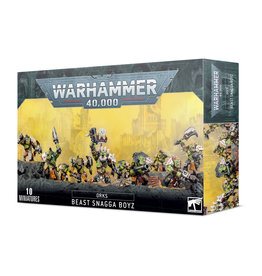 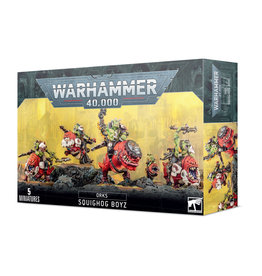